Meet Talib, one of our newest Board Members who is passionate about the Y’s mission and enjoys helping others in our community

Meet Talib, one of our newest Board Members who is passionate about the Y’s mission and enjoys helping others in our community 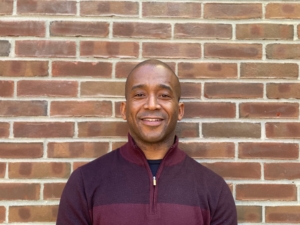 “I started coming here as a member five years ago. In 2015, before I moved to Scotch Plains, I knew I needed to be healthier. I had hypertension and was overweight and I had to do something about it. I wanted to start exercising and knowing that I’d be moving to Scotch Plains, I decided to join the Y. I started with the elliptical machine and then added in the treadmill. They’re great for my physical health and helping me manage stress. I also learned to swim at this Y as an adult. As someone who was actually afraid of the water before taking the beginner classes, I was thankful for great instructors who heard my concerns and helped me get comfortable. Since joining our Y, I’ve lost 30 pounds. People who haven’t seen me in five years don’t recognize me, and my blood pressure is pretty much under control with diet and exercise. In 2018, my wife and I met one of our neighbors who mentioned she was a board member at the Y. The next year, I created a program in Scotch Plains and Fanwood – The Beacon Initiative – to help people come to terms with difference, whether it was race, religion, gender, sexual orientation, ability – people who are other than us. The goal was to get people to see the humanity in each other and be more accepting of others. I told my neighbor that I wanted to meet with the Y to discuss the program, and when I did, was told I should be on the board. The Y was appealing to me for a few reasons. They also believe in looking at people’s humanity and not focusing on their differences. It is also important to me that the Y is committed to positively impacting people’s lives. In my life, I want to be of service to others and the Y is similarly of service in people’s lives. I joined the Board this past September and very much enjoy interacting with my fellow board members and working with them to grow and build an even more phenomenal Y.”

There are no upcoming events.