Meet Kim, one of our dedicated Membership Representatives who has a special connection to March Madness

Meet Kim, one of our dedicated Membership Representatives who has a special connection to March Madness 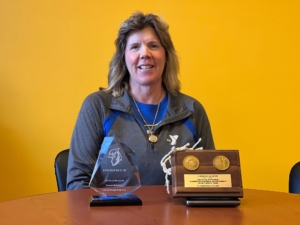 Kim’s Y story started while she was attending college in the mid-1980s and was home on summer break. She worked at the Y as a lifeguard, camp counselor and front desk receptionist. Since Kim was studying elementary education at the time, she felt a job at the Y was a great way to gain valuable experience working with children in preparation for becoming a teacher.

In June 2019, Kim retired from teaching after 34 years. Upon retiring, she wanted to work part-time while still being active and social. One day, while driving by the Fanwood-Scotch Plains Y, she saw a help wanted sign – and at that moment knew she wanted to come back to the Y because of the wonderful experiences she had during her college years.

“What I like about working for the Y is the warm and friendly atmosphere, plus greeting, helping and interacting with all the wonderful members,” she says.

As for Women’s History Month, Kim believes it’s important for women to be acknowledged for their ongoing successes, accomplishments, contributions and achievements no matter what discipline or area they excel in.

For example, sports has always been a part of Kim’s family. Her parents took her to professional basketball games when she was younger and Kim was intrigued by the games. When she was in 7th grade, her parents encouraged her to try out for the girl’s middle school basketball team. She made the team, knowing that it was going to take hard work, practice, commitment and dedication to become a decent player.

“These ideas were instilled in me by the constant support and encouragement from my parents,” she says. Kim started her basketball career in middle school, played all through high school and then for two years in college.

“As a woman, I enjoyed playing basketball because of staying in shape, the camaraderie and playing as a team,” she says. “I put my heart and soul into whatever I do and always liked the challenge to improve and perfect my skills. I feel that drive has helped me in all aspects of life and I still have the same mindset to make myself better at whatever I try or pursue.”

To show that hard work pays off, in 1981-1982 as a freshman at Elizabethtown College in Elizabethtown, Pa., Kim had the privilege of trying out and making the 1982 Women’s Varsity Basketball Team. The team had a great season of 22-1 before heading into the Division III NCAA Tournament. Coincidentally, Elizabethtown College had the No. 1 seed going into the Sweet 16. The team made it through each round and on to the Final 4. “To say this was amazing for the team to make it this far was an understatement,” Kim says.

On March 20, 1982, the Elizabethtown College Women’s Varsity Basketball Team won the 1st NCAA Division III Women’s Basketball Championship, while having the home court advantage of playing in the Thompson Gymnasium to a sold out, standing room only crowd. The team beat UNC Greensboro 67-66 in overtime and ended with a 26-1 season. “Needless to say, the game was a thriller and the women’s team made history by winning the first NCAA Division III Championship on their home floor, too,” Kim says.

She adds, “Now, even after 40 years, when I think about that championship game, I still get goose bumps all over again and remember March 20, 1982 like it was yesterday! It was such an exciting day and time to be a part of something so special. Every year, I get very excited to watch March Madness, especially when it comes down to the Final Four because I think about that special day I got to be a part of with my team 40 years ago.” 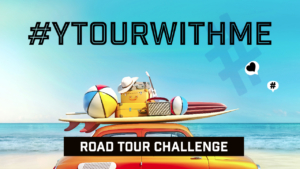 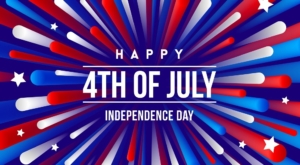