Meet Anne, one of our dedicated members who got healthy and fit in retirement and is looking forward to when our doors reopen

Meet Anne, one of our dedicated members who got healthy and fit in retirement and is looking forward to when our doors reopen 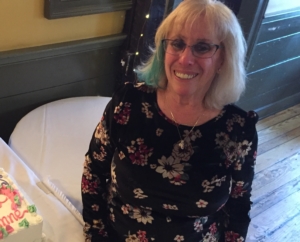 “I joined the Y in January of 2017. I was employed as a clinical social worker in a psychiatric inpatient unit, and was fortunate to be able to take early retirement. I was a sporadic exerciser while working, always tired and stressed and found it difficult to make the time to exercise. Retirement gave me the ‘push’ to get healthy and fit. When open, I am at the Y every day of the week. Monday to Thursday and Sunday I am there by 7:30am to do an hour on the elliptical. Three days a week, I do a weight training circuit, which I learned from Mark in our personal training sessions – he is great, by the way. Fridays, I was taking POUND® with Anna in the morning; Saturdays, I would do the elliptical and a Yoga/Pilates class with Chrissy – all also great. The staff at the Y are helpful, friendly and knowledgeable. I include in staff the trainers, as well as the front desk people. I miss the camaraderie with the other members – we had a group of 7 or 8 who worked out in the mornings and would encourage each other and talk while working out. Really nice people belong to the Y. It gave me a structure in retirement, a place to be with people who support you, and I lost 27 pounds along the way! Since the Y closed, I have been doing the ABC circuit from Jennifer that she puts on Facebook daily, tried a couple of Sheri’s classes, and my trainer gave me a weight workout to do at home. I’ve spoken to some of the ‘crew’ I worked out with daily. It’s not the same, though. I know the Y does great things for the community and those who can’t afford its membership, and I wanted to try to keep my membership going as long as possible. Paying it forward and hoping to see everyone back at the Y again soon!”

There are no upcoming events.